Coming out of a lockdown seems to be harder than going into one. Who’d have thought? Very well, we’ll try to do this as well. Today the courier man came to the door. I’ve never been anxious about getting mail, so this was a first.

For all my whining, I got used to the lockdown so much so that the pre-virus daily life feels somewhat unfamiliar, like my childhood. That’s the saddest thing I’ve said all day. Trust me, because I write on pop culture, you know, Twitter trends, web series, Netflix releases, theatre, social media claims, all that jazz, I rarely write something about say murder or high politics. Every once in a while there’s that too. It’s not Game of Thrones in plot, basically.

Some people think I’m wasting time writing about these things, but when I see the number of views on my stories I am reminded there are people who’re enjoying and benefitting from this. They may not be like the people I surround myself with usually nerds with high class backgrounds who are mostly trying to remind others of their privilege without checking theirs. My audience, mostly souls who want a break and sometimes those who believe they know more than everybody else look out for my writing.

That tells me the lockdown has made people desperate for some good news. And so I keep writing on seemingly irrelevant bits of daily life coping with my own high morality and high intellectual background putting my education aside and looking at the world through the pair of eyes I own rather than the pages of fading books. The books that are written by the West in English that reeks entitlement and the familiar know-it-all air of big-headed human beings. Humans that look and sound startlingly like Dolores Umbridge in my mind but mistake themselves in the mirror for Minerva McGonagall because they’re looking at the Mirror of Erised.

When you went to a socially conscious college that prides itself on its intellectual contribution, this is the struggle. Sometimes I miss writing about complex debates for the five or six people who’d read my articles during previous internships. However, now I am constantly forced to face my audience who seem to reject eloquence, opinion, and research for humour, relatability and simpleness.

Then it’s the media that’s constantly blamed, prove us all wrong by reading the complex stuff won’t you? But you’d much rather read the latest twitter trend than the struggle of victims of the pandemic. Unless it’s violence, crippling sadness and perfect victims on screen, the crisis isn’t newsworthy. That’s our fault I concede, but choosing to watch the median news is on you.

Even I am tired of the tolls, the updates and such, as a journalist even I have a threshold for pain and misery. I am not a hungry beast for news like many try to believe. I’ve also dealt with depression and anxiety, my mental health requires this. So when some people tell me what about the dark side, I often ask haven’t you seen the dark side enough? And then you’d like to criticise me for that too.

It’s not fair to tell you the turmoil of what goes on in my day. On this side of the laptop, as the one feeding content onto your screens. It’s not fair because I can’t speak for everybody, it’s not fair because every profession has these dilemmas, ours are just more public and free for all. None of us think we have the authority to tell scientists how to be scientists. But there are certain professions which are up for grabs like politicians, artists, journalists, the ones doing the job for some reason just don’t know how to do it. The ones who have better knowledge and discretion are doing something else. What a pity? And in professions where you can pick who does it, when it comes to putting your vote where your mouth is, we fail spectacularly.

Now post the lockdown I dread to think of the chaos, we opened liquor shops, after claiming clean society. Domestic abuse rates shot up, which only celebrtities are posting #s about. And more outrage is seen where a celerbrity doesn’t post a # than over another victim coming to the fore. We have traffic woes soon after we lauded the drop in emissions. We’re calling employees back to work and treating them like herds rather than human beings just as we were doing before the lockdown.

So really, tell me, what’s the change? We’re saying there will be a new normal. The new normal seems to be like the old normal except with a generous amount of fear and anxiety, because when I said I was anxious to receive the mail, I didn’t add that the courier man was just as anxious to give it to me. But, we both completed the chain of task.

He might have gone and scrubbed his hands with sanitizer, saying a little prayer. On the other hand, I set the courier in the quarantine section of the house like a ticking time bomb and scrubbed my hands like the wife of Macbeth except I had no crime on my head. Ergo, we’re unleashing our inner selves. Our basic selves, more human than we ever were, feeling every moment of our existence, hoping we make it out the other side of 2020 with few scratches, some emotional dents and a forever changed view of the world, taking less for granted in our heads, but continue taking them for granted in reality.

One thought on “Unleashing”

This site uses Akismet to reduce spam. Learn how your comment data is processed.

A Poem for your Thoughts 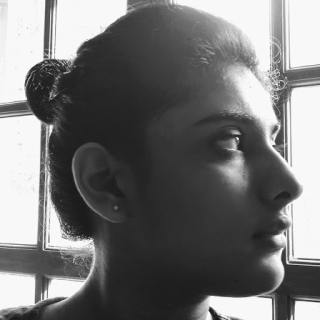 Introductions are not my strong suit, so I let my writing do the talking...... unless we meet in person.....obviously.